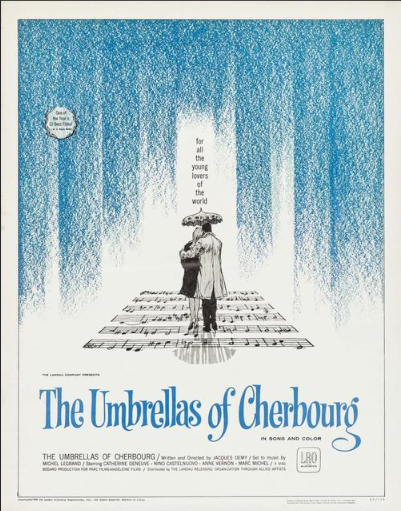 Presented in partnership with Phoenix Sister Cities: Grenoble & Alliance Francaise of Greater Phoenix, The Umbrellas of Cherbourg is a part of the French Film Series!

Geneviève (Catherine Deneuve), a beautiful young Frenchwoman who works at a small-town boutique selling umbrellas, falls for dashing mechanic Guy (Nino Castelnuovo). Their brief romance is interrupted when Guy is drafted to serve in the Algerian War. Though pregnant by Guy, Geneviève marries an older businessman, Roland (Marc Michel), and begins to move on with her life. Throughout the musical film, all the characters’ dialogue is conveyed through song.