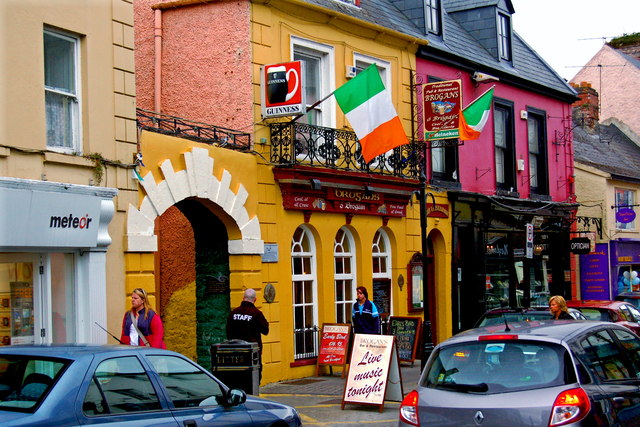 As the Mayor’s International approaches, the city of Ennis, Ireland has been publicized on our media platforms in an increased amount as we will be honoring the friendly city on April 26th. What better way to learn more about the city than knowing someone who grew up in Ennis?

Mary Hill Connor is a native of Ennis, Co. Clare, Ireland.  She has served the Ennis Committee of Phoenix Sister Cities for the ten years, including the last four years as its Chair.  She also served on the board of the Irish Cultural and Learning Foundation (ICLF) for 3.5 years, including 2 years as Secretary.

As a young girl, Mary won medals in Irish dancing and has always loved the traditional dance, music, song, and the Irish language.  Today she chairs Four Peaks Irish Arts, the local chapter of Comhaltas Ceoltoiri Eireann, the worldwide organization that promotes and preserves these cultural gems.

Growing up in Ennis, Mary highlighted how much fun she had as a child growing up in this small town.

“It was innocent fun” she said, remembering the times where there was no sort of technological distractions that barred you from going outside.

“We didn’t have any phones or computers at the time, so we would spend the entire day outside playing at the beach and near the farms”

“We did a lot of outside play. All around the county. In the summer we would walk around the town and play in the rivers. We didn’t even have cars. We would have milk cows and deliver it in the morning but we were called townies because we had a grocery store” she said humorously.

“School was fun. But at that time all the schools were gender separate. So all the boys would go to one school called the Christian Brothers and us girls went to Sacred Heart, but now most of the schools are now co-ed”

Speaking on Irish culture she remembered “Growing up, English was dominant. At that time in Irish history, Irish culture and traditions were not encouraged, however we did a lot of our school work in Irish. So we would think in our heads in both English and Irish”

In the past several years, the Irish government has promoted Irish cultural programs that support the sustainability of Irish heritage.

“Now there is greater encouragement for the Irish language and several summer programs in Ireland have been created to teach Irish and Irish culture. There are programs that teach how to do drama and singing in Irish. I think it is very important, because we grew up in a time where Irish culture was not encouraged but now it is all coming back”

To learn more about the Ennis-themed Mayor’s International, visit our website!