Calgary is the  largest city in the Province of Alberta, and the third-largest municipality in Canada. Calgary’s metropolitan population is estimated at 1,560,600. The city is located in the south Grassland region of Alberta, approximately 50 miles east of the front ranges of the Rockies. Calgary and Phoenix signed a sister cities agreement in 1997.

Calgary’s nickname is “Cowtown,” because of its rich cattle ranching tradition, dating back nearly 150 years. Calgary is also rich in resources, especially oil. It was first discovered in Alberta in 1902, but it did not become a significant industry until 1947 when huge reserves were discovered. Today, the petroleum industry is at the center of Calgary’s economy, next to their outdoor tourism with world-class skiing, hiking, and mountain biking. The city hosts a range of events throughout the year, including the famous Calgary Stampede. This 10-day annual event in July includes a rodeo, a country music concert series, and attracts more than 1 million attendees.

The committee meets every first Wednesday of the month, except July, August, and December. 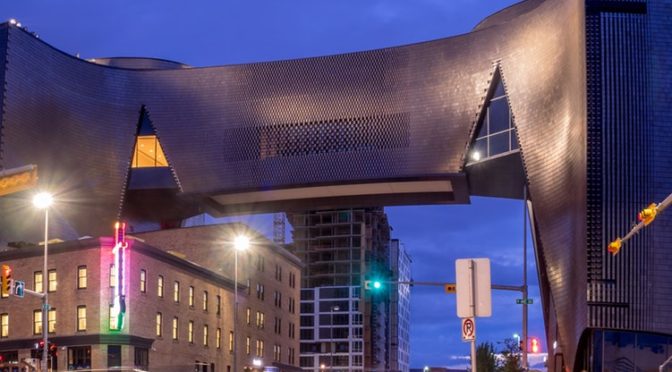 National Music CentreLooking like a whimsical copper castle, this fabulous new museum is entirely entertaining, taking you on a ride through Canada's musical history with cool artifacts (like the guitar Guess Who used to record 'American Woman') and interactive displays. Test your skill at the drums, electric guitar or in a sound-recording room and even create your own instruments. Don't miss the Body Phonic room or the solar-powered Skywalk with its repurposed pianos destroyed in the 2013 flood. 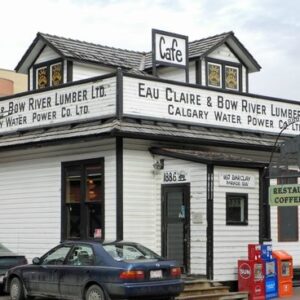 Buffalo CafeBuilt in 1911 and the only surviving building from the lumber yard once here, the interior feels fairly authentic with family photos and antique clocks. 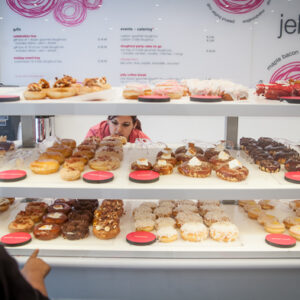 Jelly Modern DoughnutsBright pink and sugary-smelling, Jelly Modern has grabbed the initiative on weird doughnut flavors. The maple and bacon or bourbon vanilla varieties won't help ward off any impending heart attacks, but they'll make every other doughnut you've ever tasted seem positively bland by comparison. Everything's baked on-site, meaning once you've taken one sniff inside the glass door, you're putty in their hands. 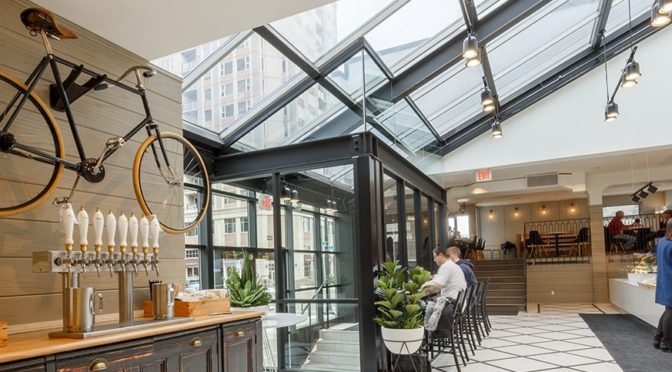 Al Forno Cafe & BakeryThis ultra-modern, super-comfortable cafe is the kind of place you'll want to hang out all day. Beer on tap, carafes of wine and excellent coffee won't discourage you from lingering, nor will magazines, comfy sofas or window seats. 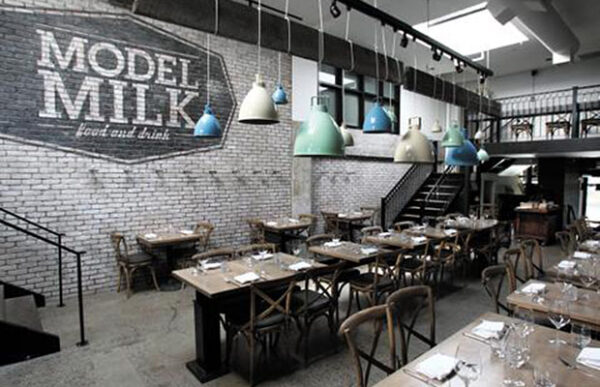 Model Milk RestaurantModel Milk's revolving menu changes before the ink's even dry, but your choices are always great at the former dairy turned hip restaurant. Look for favorites like grits and sausage or chicken with buttermilk waffles and peanut coleslaw. More certain is the excellent service and the cool ambience that comes with an open kitchen and communal seating. 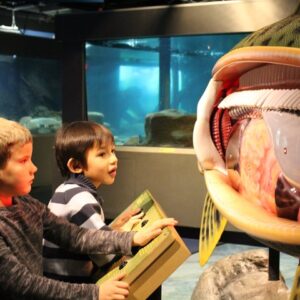 Bow Habitat StationRaising and releasing up to 1.5 million trout each year, this working hatchery is a favorite with kids for its aquariums, hands-on exhibits and chance to fish in the pond (May to October). Look down over the hatchery pools or get up close and feed the juvenile fish on a tour. 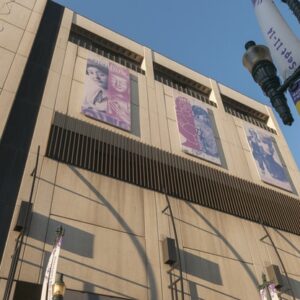 Glenbow MusuemWith an extensive permanent collection and an ever-changing array of traveling exhibitions, the impressive Glenbow has plenty for the history buff, art lover and pop-culture fiend to ponder. Temporary exhibits are often daring, covering contemporary art and culture. Permanent exhibits bring the past to life with strong historic personalities and lots of voice recordings. 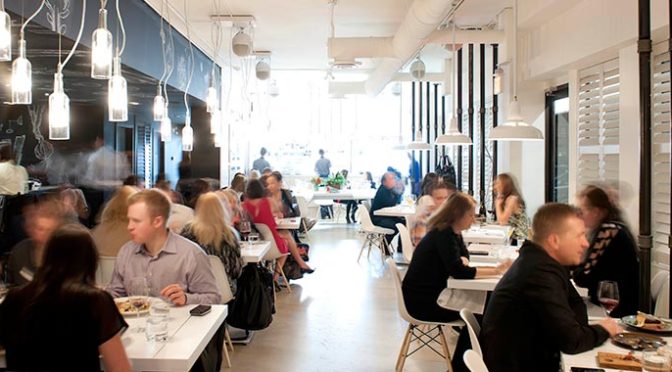 MARKET RestaurantWith an earthy yet futuristic feel, award-winning Market has gone a step further in the fresh-local trend. Not only does it bake its own bread, it butchers and cures meat, makes cheese and grows 16 varieties of heirloom seeds year-round. 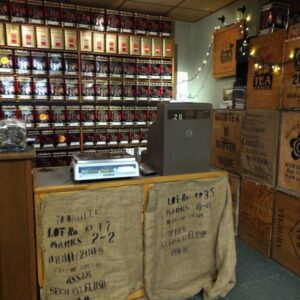 Tea TraderCanadians are Canadians and even in Calgary they drink tea. This little shop is up a set of stairs and very easy to miss but also worth searching out. Teas from all over the world line the shelves, as well as some local flavors: try Calgary Welsh Breakfast or the Alberta Clipper. 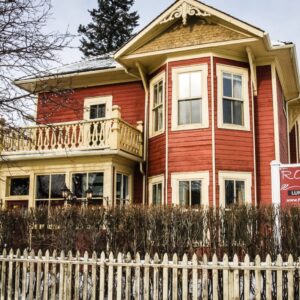 Rouge RestaurantOne of the city's most celebrated restaurants, Rouge is located in a historic 1891 mansion in Inglewood. It's to hard to get a table, but once inside, enjoy the inspired, sustainable food and exceptional fit-for-a-king service.The menu evolves weekly but you'll find dishes like duck and pistachio terrine, beef bolognaise with hand-cut noodles or rockfish with curry coconut broth. 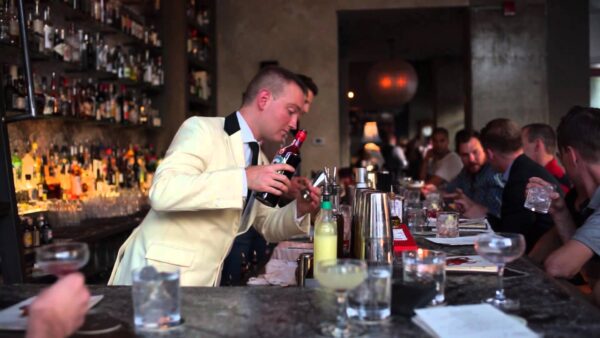 Proof Cocktail LoungeThis place might be small but the bar is big enough to require a library ladder. Big leather chairs and lots of metal and wood highlight craftsmanship – as do the expertly created cocktails. The menu itself is a beautiful thing to behold and the drinks look so stunning, you almost don't want to drink them. Almost. 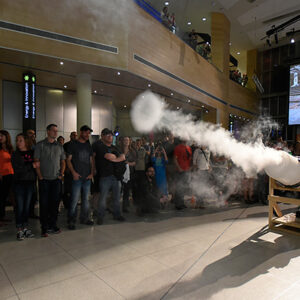 TELUS Spark MuseumYou'll wish science class was as fun as the Telus World of Science. Kids get a big bang out of this user-friendly and very interactive science center. There is a giant dome, where light shows depicting the cosmos are projected, and a whole raft of other things to discover. 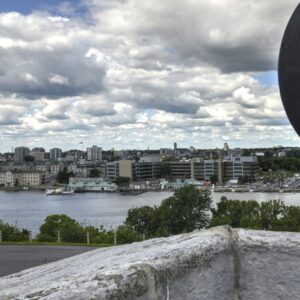 Prince's Island ParkFor a little slice of Central Park in the heart of Cowtown, take the bridge over to this island, with grassy fields made for tossing Frisbees, bike paths and ample space to stretch out. 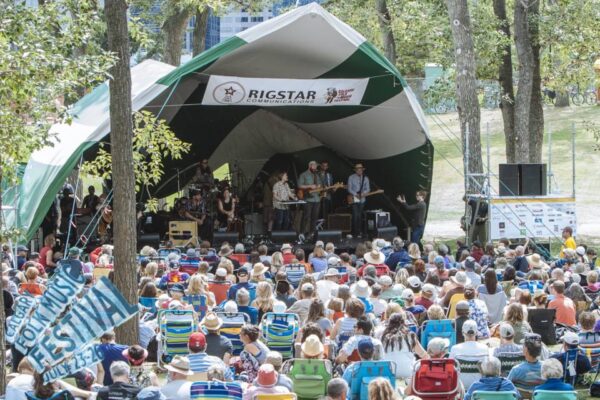 Calgary Folk Music FestivalGrassroots folk is celebrated at this annual four-day event featuring great live music on Prince's Island. Top-quality acts from around the globe make the trek to Cowtown. It's a mellow scene hanging out on the grass listening to the sounds of summer with what seems like 12,000 close friends. 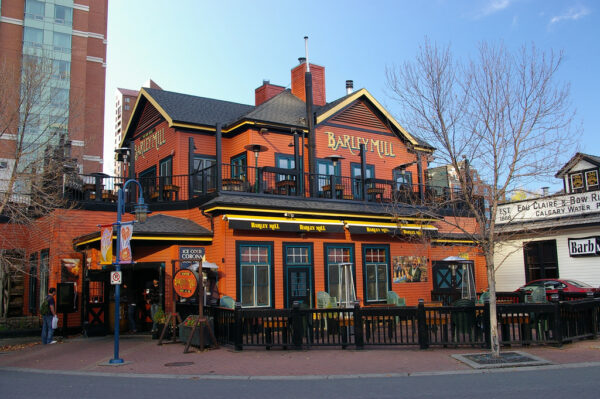 Barley Mill PubBuilt in a 1900s style, with the original distillery's lumber used for the top floor and an actual waterwheel churning outside, the Barley Mill draws crowds for its pub grub, long lineup of draught beers and a well-stocked bar. Two patios for when it's warm and a big stone fireplace for when it's not keeps it busy in every season. 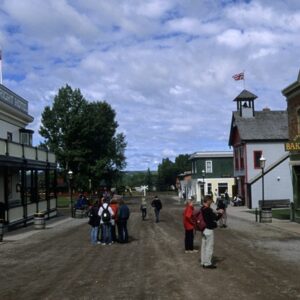 Heritage Park Historical VillageWant to see what Calgary used to look like? Head down to this historical park where all the buildings are from 1915 or earlier. There are 10 hectares of re-created town to explore, with a fort, grain mill, church and school. Go for a hay ride, visit the antique midway or hop on a train.