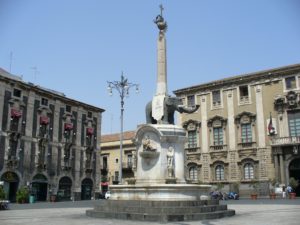 Catania is located on the eastern coast of Sicily and is the second largest city on the island. It is situated at the foot of the biggest volcano in Europe, Mount Etna. With a population of 313,396, Catania is a major transport and economic hub, and university center. Catania and Phoenix established a sister city relationship in 2001.

The history of Catania spans more than a thousand years, having been founded in the 8th century BC. In 1434, the first university in Sicily was founded in Catania, making it a major hub for innovation. In the 14th century and into the Renaissance period, Catania was a center for cultural, art and politics in Italy. The city has many museums, restaurants, churches, parks and theatres. Catania is known for its architecture, which is mostly Baroque – the result of rebuilding after a devastating earthquake in 1693. Catania attracts thousands of tourists from around Italy, as well as other countries throughout the world.

Learn Italian (You do not have to become a member or pay a fee to use any of these sources): 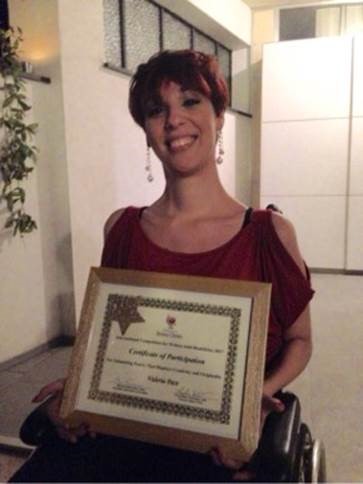 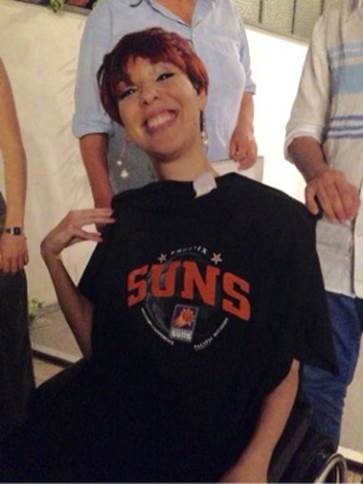 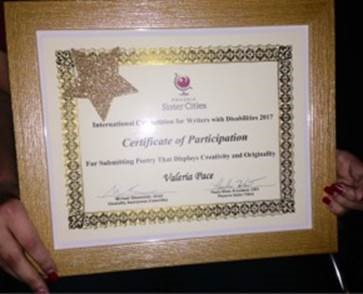 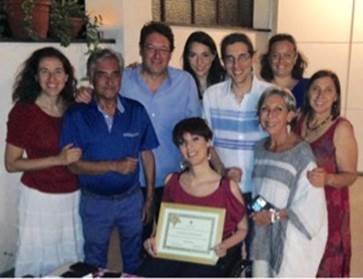 On March 31st, the Vice-President of the ‘Associazione Catania & Sister Cities’ Salvo Vazzana and his wife, Gina, landed in Phoenix, ready to celebrate the 15th anniversary of the sister-city relationship between Phoenix and Catania. Their 12-day visit was filled with exciting events.  They were hosted to a welcome reception and dinner at the home of Peggy and Mike Widener. They were joined by PSC Vice President Rick Gerrard, who met Salvo, in Catania in 2007.
Salvo and Gina also met with Ralph Marchetta, general manager of Talking Stick Resort Arena, at the Talking Stick Resort Arena. Ralph received a T-shirt from the ‘Corri Catania’, a charity walkathon held in Catania every May, with 30,000+ people attending.  Ralph reciprocated with SUNS t-shirts and jerseys to be raffled at the ‘Corri Catania’ walkathon this year. Salvo and Gina were also elated to watch a Phoenix Suns game and a ‘Disney on Ice’ show at the Arena!
Salvo and Gina met with 2015 Youth Ambassador to Catania, Mark Morrissey. Mark presented a check for $2,500 for the Red Cross of Catania, to help fund programs for the refugees arriving to Catania through the Mediterranean Sea.  Mark had raised the funds by organizing the ‘March in March’ walkathon in Phoenix.
Members of the Catania Committee took the Vazzanas to visit the Heard Museum, the MIM, Sedona, Antelope Canyon, the Grand Canyon, Bisbee, Tombstone and the cathedral of St. Xavier del Bac in Tucson. A party was organized in their honor with the entire Catania Committee in attendance!
Prior to their departure, the Vazzanas attended the Mayor’s International Gala, meeting Mayor Greg Stanton and enjoying a wonderful evening.  The theme for the Gala this year was Catania.  What an extraordinary coincidence!

The Phoenix Sister Cities Catania Committee participates in artistic, cultural, educational and business activities and exchanges between Catania and Phoenix with the goal of bringing the culture of these two important urban centers closer. Among its signature activities is an annual wine tasting highlighting Sicilian wines. The committee also actively supports the Phoenix Sister Cities Youth Ambassador Exchange Program and collaborates on other sister cities events. The Catania Committee meets monthly and welcomes new members.

The committee meets the third Thursday of the month, except July and August. 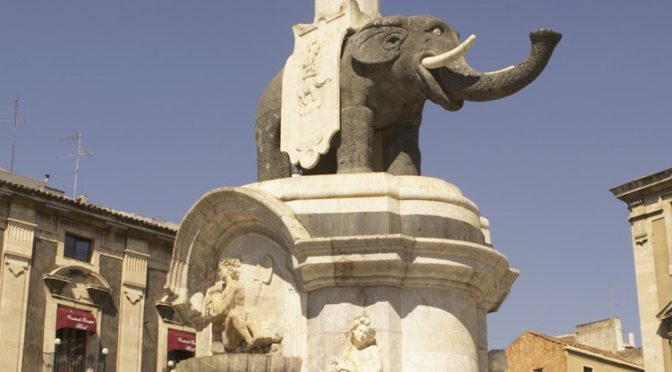 Fontana dell'ElefanteTaking centre stage on Catania's showpiece Piazze del Duomo is the city's most memorable monument, the smiling Fontana dell'Elefante (Fountain of the Elephant; 1736). Made of lava stone and dating from the Roman period, the comical statue is of an adorable elephant, known locally as Liotru and the symbol of the city. The statue is surmounted by an improbable Egyptian obelisk which, according to local folklore, possesses magical powers. 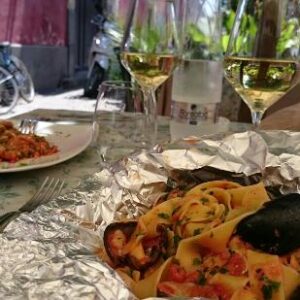 Da Antonio RestaurantHumble yet quietly sophisticated, Da Antonio spoils food-lovers with well-priced, beautifully cooked food served by knowledgeable waitstaff. Despite having made inroads onto the tourist radar, it's still the kind of place where well-dressed local families come for Sunday lunch. The antipasti (to sample various offerings ask for an assaggio) and primi are particularly good, especially those dishes showcasing local fish and homemade pasta. 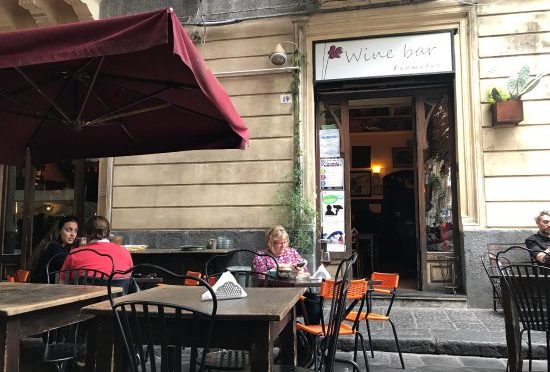 Razmataz Wine BarWines by the glass, draught and bottled beer and an ample cocktail list are offered at this delightful wine bar with tables invitingly spread out across the tree-shaded flagstones of a sweet backstreet square. It doubles as a cafe in the morning, but really gets packed with locals from aperitivo time onward. 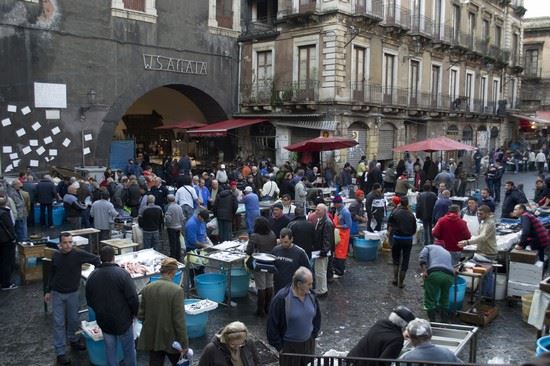 La Pescheria Fish MarketCatania's raucous fish market, which takes over the streets behind Piazza del Duomo every workday morning, is street theatre at its most thrilling. Tables groan under the weight of decapitated swordfish, ruby-pink prawns and trays full of clams, mussels, sea urchins and all manner of mysterious sea life. 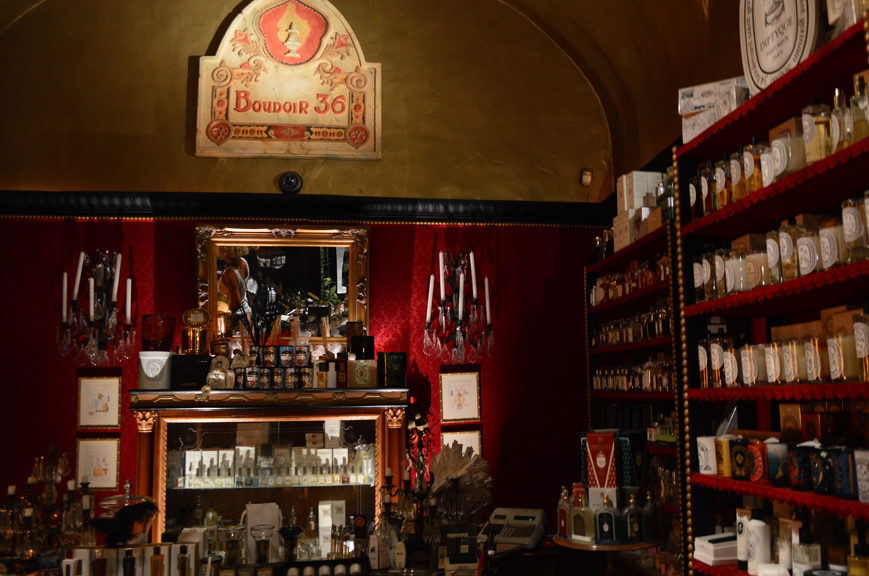 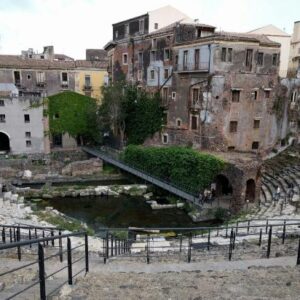 Parco Archeologico Greco RomanoThe remains of a 2nd-century Roman Theatre and its small rehearsal theatre, the Odeon. The ruins are evocatively sited in the thick of a crumbling residential neighbourhood, with vine-covered buildings that appear to have sprouted organically from the half-submerged stage. 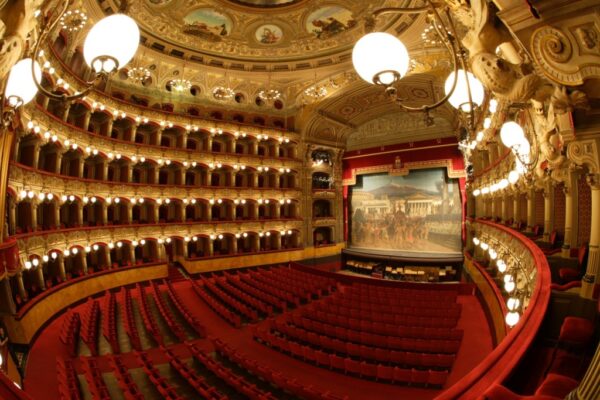 Teatro Massimo BelliniCatania's dashing opera house. Completed in 1890 and made for homegrown composer Vincenzo Bellini, the building's interiors are suitably lavish, from the stucco-and-marble extravagance of the foyer (known as the ridotto) to the glory of the theatre itself, wrapped in four tiers of gilded boxes. The theatre's painted ceiling, by Ernesto Bellandi, depicts scenes from four of Bellini’s best-known operas. 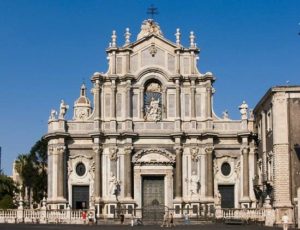 Cattedrale di Sant'AgataInside the vaulted interior of this cathedral, beyond its impressive marble facade sporting two orders of columns taken from the Roman amphitheatre, lie the relics of the city's patron saint. 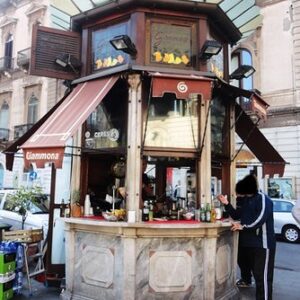 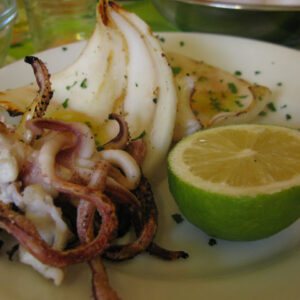 Nuova Trattoria del ForestieroFor over 50 years, septuagenarian chef Rosanna has been recreating her great-grandmother's recipes, including the best pasta alla Norma you'll taste anywhere in Sicily. Service can be excruciatingly slow, but for patient souls this is a rare chance to experience classic Catanian cooking from a bygone era. 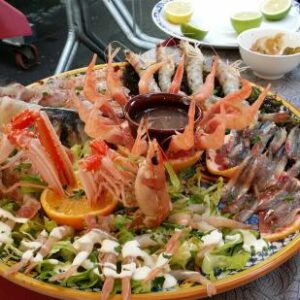 Pescheria Fratelli VittorioA cult-status eatery whose counter glistens with Catania's freshest fish and seafood. It's not surprising given that co-owner Giovanni is a fishmonger, handpicking the best ingredients from the nearby market. 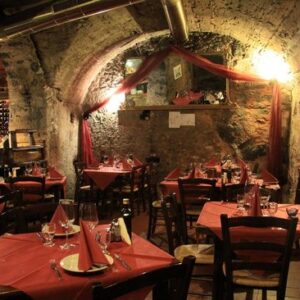 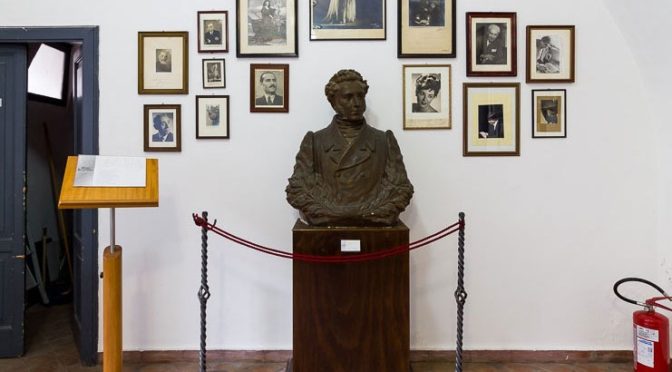 Museo Civico BellinianoOne of Italy's great opera composers, Vincenzo Bellini was born in Catania in 1801. The house he grew up in has since been converted into this museum, which houses an interesting collection of memorabilia, including original scores, photographs, pianos once played by Bellini, and the maestro's death mask. 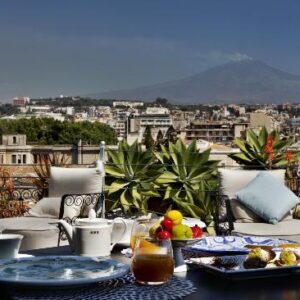 Etnea Roof Bar & RestaurantYou'll be toasting to the view at Una Hotel's rooftop garden bar, a grown-up hideaway with a sucker-punch view of Etna. Ponder its power on the succulent-fringed terrace or retreat to one of the softly lit lounges inside. 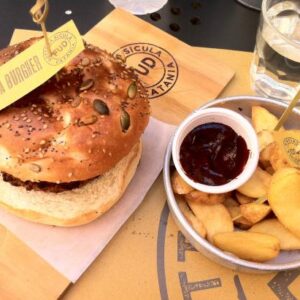 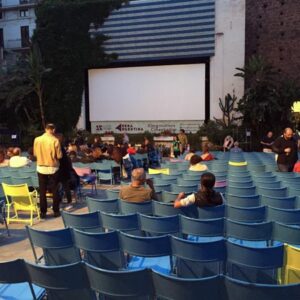 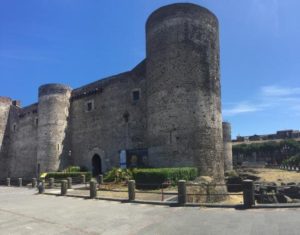