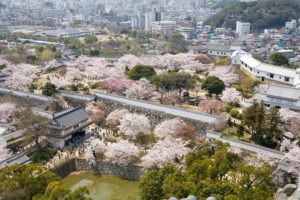 The city is located along the Seto Inland Sea about 40 miles west of Kobe, the capital of Hyogo Prefecture. The city is surrounded by both the mountains and the sea, making Himeji a somewhat isolated city. With a population of around 530,000 people, it is the second largest city in the Hyogo prefecture. Himeji and Phoenix established a sister city relationship in 1976.

The city grew rapidly in the late 1990s, becoming one of the Prefecture’s largest industrial centers, manufacturing iron, steel, textiles, and leather goods. Himeji is known for the Oshiro Castle or “White Heron Castle,” which is considered the best-preserved castle in Japan and has been designated a United Nations World Treasure.

Himeji and Phoenix
List of Japanese Businesses in Phoenix

Check out the Japanese Friendship Garden in Phoenix 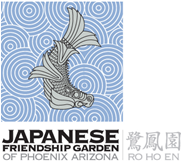 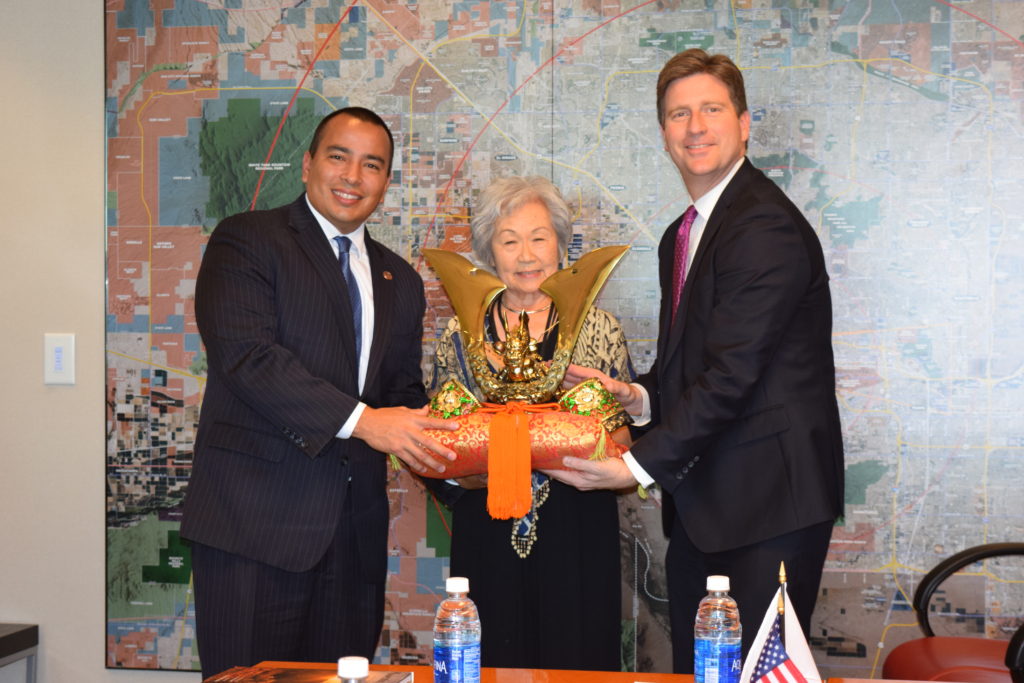 Phoenix celebrated its 40-year sister cities affiliation with Himeji, Japan with the visit of a municipal and citizen’s delegation on November 7-11, 2016. While in Phoenix, the delegation had the opportunity to mix business with tours of city sites and social activities.
Upon the delegation’s arrival, Phoenix Sister Cities hosted a casual welcome reception at FEZ on Central where the delegation had the opportunity to rest from their long flight and sample some local cuisine. The following day, Himeji Committee Chair Masako Takiguchi hosted a day-trip to Oak Creek Canyon for the municipal delegation that included a visit to Bell Rock, Chapel of the Holy Cross, a picnic at Slide Rock, a tour of Montezuma Castle and dinner at the Cliff Castle Casino.
A variety of meetings were scheduled for the municipal delegation including a meeting with Deputy Director of the Arizona Office of Tourism Stephanie Dowling and Media Relations Director Tony Alba, a briefing by staff of Visit Phoenix, a one-on-one with Phoenix Mayor Greg Stanton and City Councilman and City Council liaison for the Phoenix-Himeji affiliation Daniel Valenzuela, an introduction at a City Council meeting, guided tours of Chase Field (thank you Josh Rawitch and Alvin Adams), Talking Stick Resort Center (thank you Ralph Marchetta) and EXOS and meetings with and a luncheon hosted by EXOS leadership (thank you Marty Weems).
On a different schedule, the citizen’s delegation spent the morning at the Musical Instrument Museum; lunched at Sweet Tomatoes; and spent the afternoon wandering through the Desert Botanical Garden. Both delegations then met at the Phoenix Japanese Friendship Garden, Ro Ho En, for a tree planting ceremony honoring the sister cities partnership between Phoenix and Himeji gardens.
The visit finalized with a 40th-anniversary dinner hosted by Phoenix Sister Cities and the Japanese Friendship Garden. During the reception, guests had the opportunity to listen to Japanese Folk Artist Singer/Songwriter Ken Koshio. A special twist was tasting of Sake produced and brought from Himeji. The food of the evening symbolically joined both Phoenix and Himeji as guests were treated to a traditional Thanksgiving meal.
Phoenix Sister Cities showcased the Phoenix local culture by inviting 2-time award winning dance duo Native Spirit to perform at the dinner. Mayor Greg Stanton and Councilman Daniel Valenzuela (District 5) were both in attendance and signed a reaffirmation of the Phoenix-Himeji sister cities relationship along with Himeji, Japan Vice Mayor Masahiro Utsumi, and Himeji City Councilman Akihiro Hosono.
Phoenix Sister Cities would like to thank everyone who attended this special evening. Special thanks also go to Japanese Friendship Garden Executive Director Reiko Yasui Reavis and all the volunteers at the Japanese Friendship Garden of Phoenix who helped make this event a huge success. A shout-out to the FOUND:RE for providing special room rates for the municipal delegation and giving them the best of Phoenix hospitality. Many people were responsible for the success of the delegation’s visit, but one huge thank you to Brian Flanigan to serving as the municipal delegation’s driver from early morning to late in the evening. PSC would also like to express their gratitude to Phoenix Sister Cities Himeji Committee Chair Masako Takiguchi for her long hours and hard work in the coordination of this anniversary celebration.

The Phoenix Sister Cities Himeji Committee supports the city of Himeji and promotes Japanese culture through its relationships with the Japan-American community and the Japanese Friendship Garden. The Japanese Friendship Garden (Ro Ho En), located in downtown Phoenix, is the product and shared vision of Phoenix and Himeji. It features flowing streams, an authentic tea house, a 12-foot waterfall and Koi pond. Committee projects include student and teacher exchanges, and participation in the annual Arizona Matsuri Festival. The Himeji Committee meets monthly and welcomes new members.

The committee meets every first Tuesday of the month, except July, August, and December. 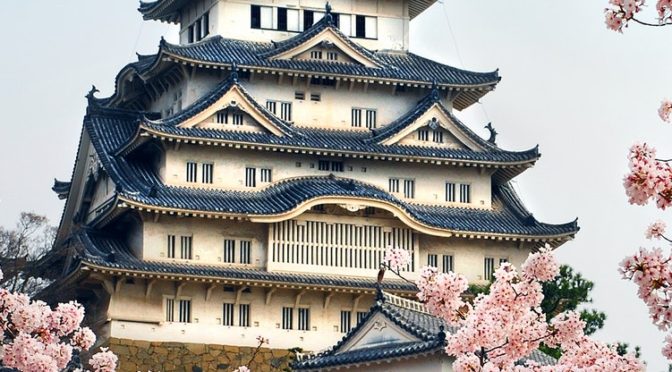 Himeji CastleJapan's most magnificent castle, Himeji-jō, is a Unesco World Heritage Site, national treasure and one of only a handful of original castles remaining (most are modern concrete reconstructions). It's nicknamed Shirasagi-jō (White Egret Castle) for its lustrous white plaster exterior and stately form on a hill rising from the plain. There's a five-storey main tenshū (keep) and three smaller keeps, all surrounded by moats and defensive walls punctuated with rectangular, circular and triangular openings for firing guns and shooting arrows.

Kōkō-en GardenAcross Himeji Castle's western moat is this stunning reconstruction of the former samurai quarters. Nine Edo period–style homes boast gardens with various combinations of waterfalls, koi ponds, intricately pruned trees, bamboo, flowering shrubs and a wisteria-covered arbor. If it feels like you're on a movie set amid the stone and plaster walls lining the paths, you would be right; many Japanese historical dramas have been shot here. It is particularly lovely in spring and during the autumn foliage season. 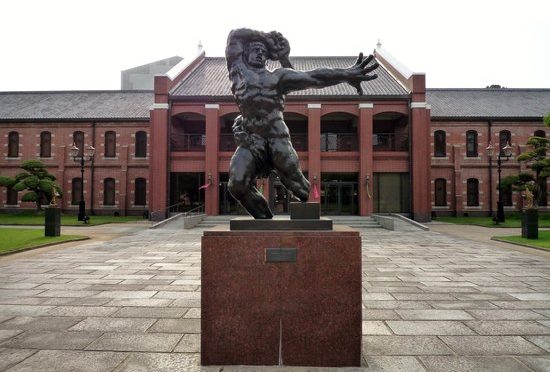 Himeji City Museum of ArtThe permanent collection here includes painting, sculpture and crafts by Japanese and international artists, particularly Belgians like Magritte and Delvaux, as well as Picasso and Rodin. 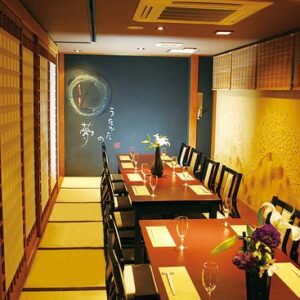 Fukutei RestaurantAn approachable contemporary restaurant of Japanese stucco walls and marble floors that is a great choice for an experience. The speciality are the set menus: a little sashimi, some tempura and the usual nibbles on the side. 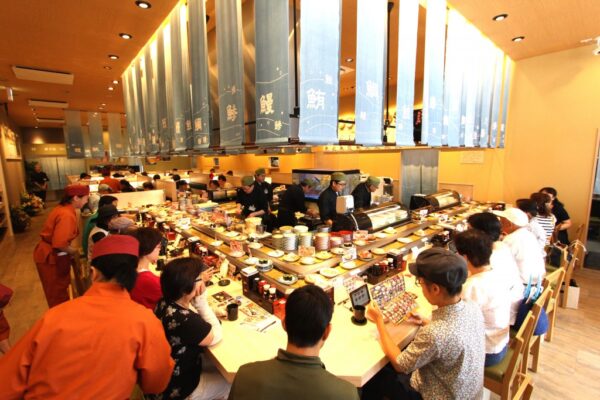 Kaitenzushi Rikimaru RestaurantA regional chain of conveyor-belt sushi restaurants that is spotless, modern and fun and specialises in sushi from local waters. Choose plates off the conveyor belt in front of you (like the famous aurora salmon), or order in English from a menu on an iPad Mini at your seat: soups and noodles to fried chicken, grilled wagyū sushi and ice cream parfaits. 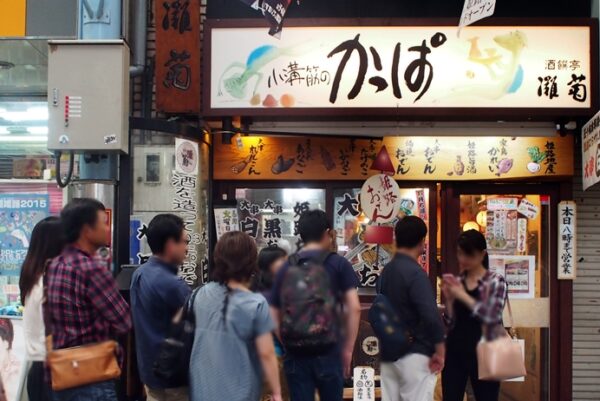 Nadagiku Kappa-tei BreweryCeramic sake bottles line the walls of this workmanlike eatery owned by a local sake brewery. Sit on a drum at a woodblock table and try the daily lunch teishoku (set meal) including the signature oden (fish cake and veggie hot pot) in ginger-soy sauce. Naturally, it all goes great with the house sake. 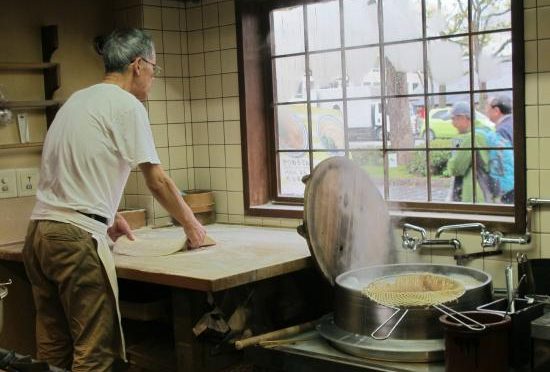 Menme NoodlesThey make their own noodles at this homey, cheerful little joint on the main street a few minutes' walk from the castle. It's not fancy, but it serves an honest, tasty bowl of udon with your choice of toppings to power you through the day. Look for the white noren (doorway curtain) showing noodles being rolled out. 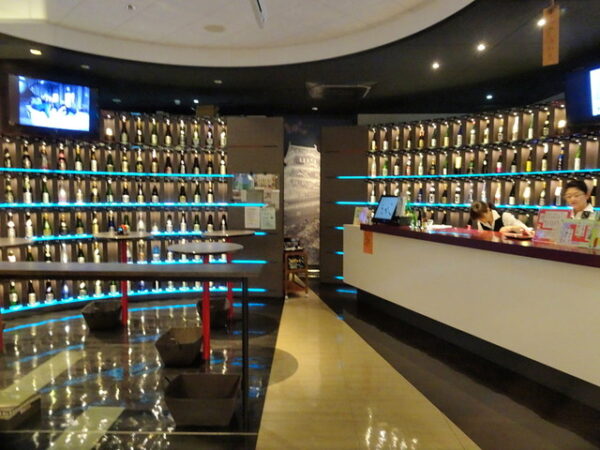 Kokoromi Bar KokoromiA modern and sophisticated standing bar, which stocks some 270 varieties from Hyōgo, Himeji's prefecture. Touch screens let you search and order in English by taste, price and grade (search West Harima for Himeji) and your 65ml pour also comes with an English explanation card and a picture of the bottle for future reference. Background music: cool jazz. 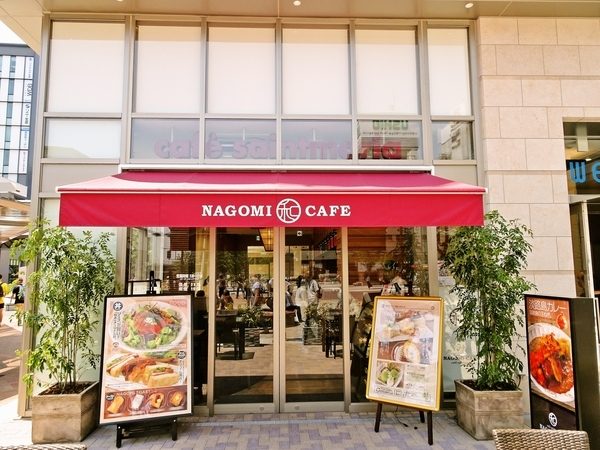 Cafe Saintmaria NagomiA bright, modernist cafe with indoor-outdoor seating that does great coffee and cake and a 'morning set' of flavoured toasts, salad and a drink; try the almond butter toast, a local speciality of crushed almonds mixed into butter and melted over thick white toast. 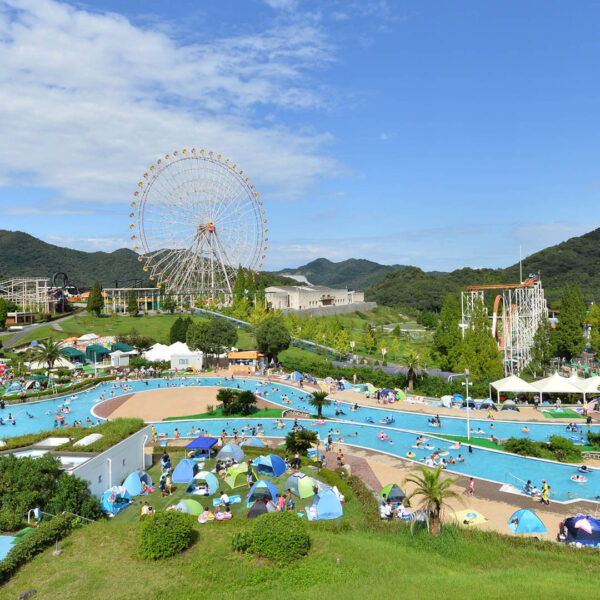 Himeji Central ParkA family resort which has both safari and a theme park that people of all ages can relish. A number of events are planned throughout the year and you’ll have a different experience every time you visit. Visitors can take enjoy a water park and fireworks in summer and ice skating in winter.

Tonomine KōgenThe Tonomine plateau belongs to one of Hyōgo’s Prefectural Natural Parks. Here the grassland extends for about 90 hectares and it is possible to appreciate the amount and the variety of beautiful landscapes during the four seasons.In spring the flowers are in full bloom all around, while summer is fresh and quiet. Fall shows the colors of seven herbs growing in the area, while in winter snow covers the plateau surface.

Shoshazan Engyō-ji TempleAnn atmospheric temple complex with a history of over 1000 years. The temple buildings are spread over a spacious, densely forested area on the mountain top. Due to the beautiful scenery and absence of modern infrastructure on its temple grounds, Mount Shosha is frequently used as a filming location for historical movies and TV dramas. 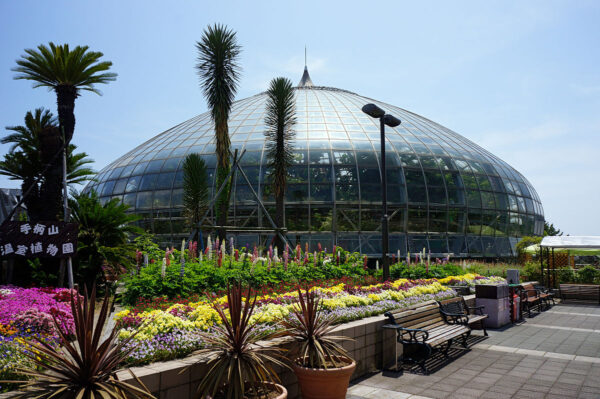 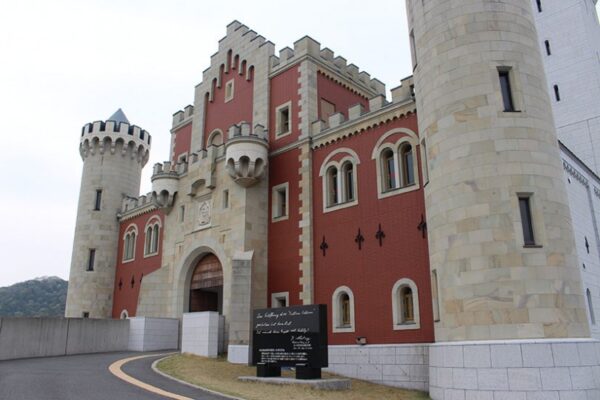 Taiyo ParkAn expansive, unexpected park with replicas of famous and wondrous landmarks from around the world. From China’s Terracotta Army to the Egyptian Pyramids, to Bavaria’s Neuschwanstein Castle, you can travel around an eerie, run down version of the world.