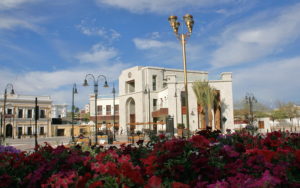 The capital of the state of Sonora, Hermosillo is located in the northwest region of Mexico. Close to the Sea of Cortez and the port of Guaymas, the city has an international airport. With a population of more than 800,000, it is the 16th largest city in Mexico. Hermosillo and Phoenix established a sister city relationship in 1976 – the first sister city relationship with Phoenix.

Evidence of the area’s first inhabitants dates back 3,000 years. Hermosillo has been a cattle and agricultural center for years, but has also gained prominence as a manufacturing center. It is home to Ford Fusion, aerospace, and other manufacturing activities. Hermosillo is also a popular tourist destination with beautiful beaches, museums, and renowned palo fiero woodcarving.

Since 2005, Phoenix Sister Cities’ Hermosillo Committee has sponsored a Holiday Toy Drive to benefit the children of De Colores, a Domestic & Sexual Violence Shelter in Central Phoenix.  Former Phoenix City Councilman and former Hermosillo Sister City Liaison Doug Lingner and Former Phoenix City Councilwoman Peggy Bilsten initiated an exchange that included Casa Esperanza, a domestic violence shelter in Hermosillo, and De Colores in Phoenix.  The foundation of Sister Cities is the friendships and working relationships shared with our neighbors.  The staff of De Colores graciously welcomed Hermosillo Mayor Maria Dolores del Rio Sanchez during her visit here in 2005, and we have shared a wonderful relationship ever since.  Our Holiday Toy & Clothing Drive and other activities have enjoyed the enthusiastic support of the several Phoenix Sister City Committee Chairs and numerous Volunteers ever since.  It is a tradition of which we are very proud, supported by the outstanding staff of this excellent program.

Hermosillo Sister Cities Committee Vice Chair Paul Wade this year brought a new vision and enthusiasm to the task as he implemented an Angel Tree concept.  De Colores, in the midst of the COVID-19 pandemic, is at resident capacity, so the need is as great as ever. Paul led the way on receiving the request from residents’ families and sharing the needs with a generous and enthusiastic Sister Cities family.  The response from the entire PSC Community—Board & Committee members, former Youth Ambassadors and friends—has been both warm and generous.  As a result, this holiday season hope for a better year ahead has been brightened significantly by good people working together. 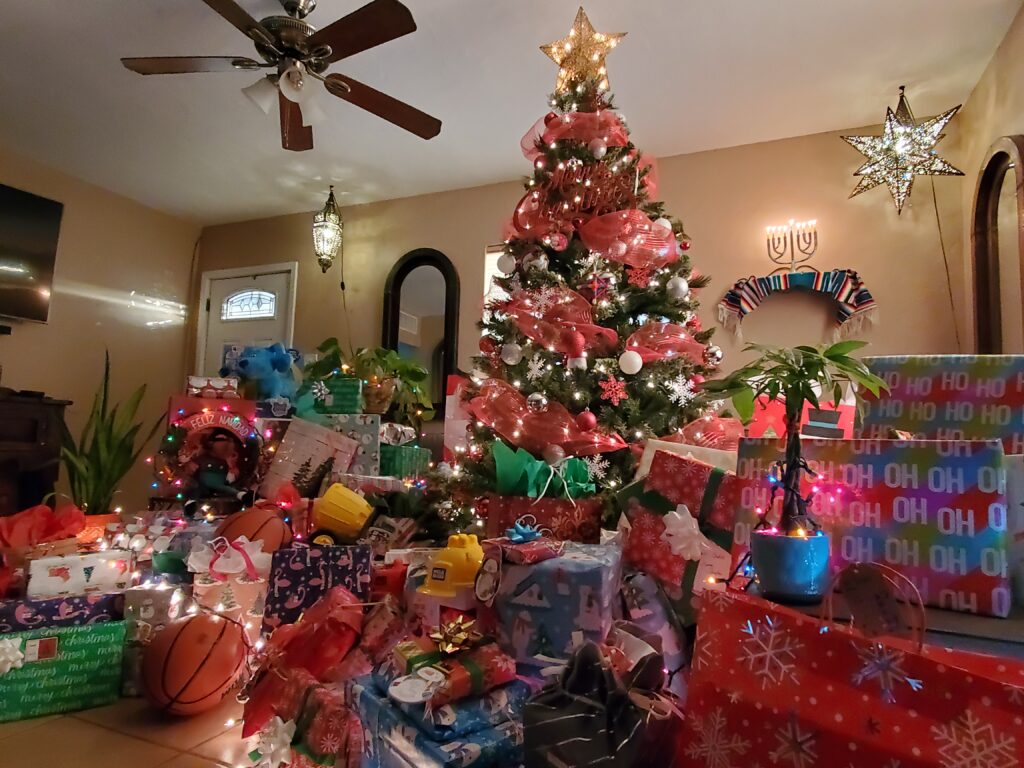 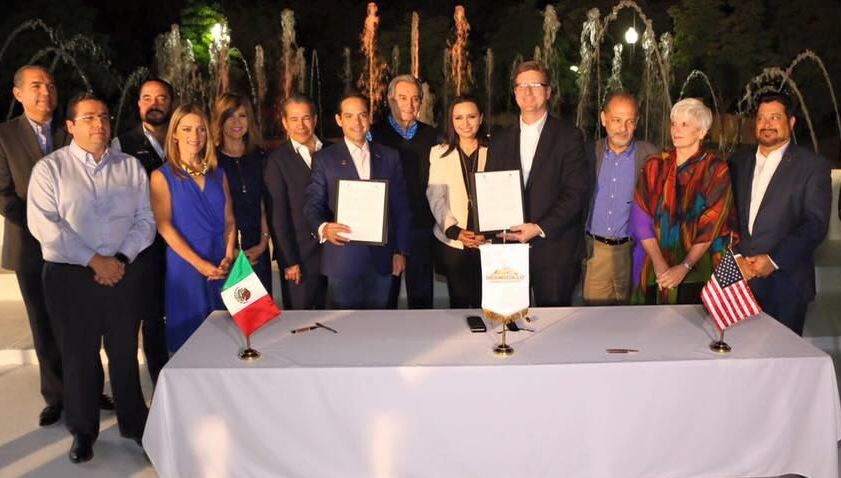 Phoenix Mayor Greg Stanton and City Councilman Michael Nowakowski led a 28-member Phoenix Sister Cities business delegation of professionals and entrepreneurs on a commercial mission to Hermosillo, Sonora on April 27 and 28, 2016. The Phoenix Sister Cities (PSC) delegation had a packed agenda including witnessing the historic signing of the Global Cities Economic Partnership agreement between the cities of Hermosillo and Phoenix. Phoenix and Hermosillo are celebrating 40 years as Sister Cities and this agreement is the first of its kind between our two cities. The Phoenix delegation and mission was organized by Phoenix – Hermosillo Sister Cities Committee Chair, Emilio Gaynor, who runs regional business development at Chicanos Por La Causa and Phoenix Sister Cities Vice President Rick Gerrard, both of whom arrived in advance of the delegation and laid the groundwork for what would become a memorable two-day business visit.
Phoenix Councilman Michael Nowakowski and members of the business delegation arrived on Tuesday afternoon, April 27, and were greeted by the Director of Economic Development and Promotion for the City of Hermosillo, Roberto Ruibal, as well as the manager of Hermosillo Sister Cities, Ana Elena Aguayo. Upon arrival to Hermosillo, the delegation was treated to a classic luncheon at Xochimilco Restaurant where the office of economic development presented their economic and social development plan to the Phoenix delegation. Immediately following, the group had an amazing tour at BRH2 Plastics Factory, an enterprise developed by a combination of Phoenix and Hermosillo investment. The president of the company, Hector Placencia, originally from Phoenix, introduced this modern plant to the group where plastic parts and products are manufactured for important companies such as the Ford Motor Company Stamping and Assembly Plant in Hermosillo and Boon, Inc. based in Arizona.  On this tour, Councilman Michael Nowakowski and the delegation were accompanied by the mayor of Hermosillo, Manuel “Maloro” Acosta and several municipal leaders.
The delegation attended a reception at the home of American Consul General Karen Ogle where many governments and business representatives from Sonora were in attendance.  This mission marks the first in over 20 years where the United States Consul General hosted a group from Phoenix.

The following day the delegation was treated to a tourism and economic promotional breakfast presented by Roberto Ruibal, Economic Development Director. Mr. Eduardo Lemmenmeyer and several Hermosillo Tourism Office officials also presented beautiful opportunities for investment in Bahia de Kino and in Hermosillo. Immediately after, the delegation was treated to another tour where Mr. Faustino Fernandez hosted the group at Molino La Fama. Several members of the delegation went on to the airport to welcome Phoenix Mayor Greg Stanton and additional members of the business delegation.
Mayor Acosta welcomed Mayor Greg Stanton at the airport where they immediately switched planes and the smaller delegation flew to Bahia de Kino where the rest of the delegation had already arrived in by the motor coach. Upon arrival, Mayor Acosta presented Kino Magico, an exciting, new large-scale development and tourism project. Shortly following the tour, the delegation was invited to a luncheon hosted by the American expatriate community living in Kino Bay and both Mayors were invited to speak. Mayor Acosta also shared the very advanced efforts to accommodate citizens with special needs in a new project in the Kino Bay area. The project features ramps and facilities that allow people with special needs to get right up to the Gulf water safely.
On the evening of the 28th, the delegation was taken to Hermosillo’s first public park, the historic Parque Madero, for a beautiful dinner and the official signing and witnessing of the Global Cities Economic Agreement.
After the agreement was signed by Roberto Ruibal and Ana Elena Aguayo from Hermosillo and Christine Mackay and Emilio Gaynor from Phoenix, Mayor Stanton and Mayor Acosta officially signed as witnesses. Accompanying Mayor Stanton at the head table were U.S. Consul General Karen Ogle, Consul General of Mexico in Phoenix Roberto Rodriguez, Phoenix Suns VP and Talking Stick Resort Arena Director Ralph Marchetta, Phoenix – Hermosillo Sister Cities Committee Chair, Emilio Gaynor and other important representatives.
The Phoenix delegation was treated like true neighbors and friends by the City of Hermosillo. Thank you to Mayor Acosta and his outstanding staff led by Roberto Ruibal and Ana Elena Aguayo that organized the delegation schedule and activities.
We would also like to thank each member of the Phoenix delegation; Consul General Roberto Rodriguez, Ralph Marchetta, Glenn Hamer, Maria Lourdes Delgado, Maria Jesus Cervantes, Alicia Marseille, Yvette Estrada, Cesar Verduzco, James Ahlers, Ryan Fernandez, Hector Placencia, Dr. Ruth Rimmer, Antonio Proto, Ana Maria Araque, Jason Law, Greg Yochim, Randall Lindsey, Gerardo Valenzuela, Michael Patterson, Brian Weymouth, Joel McGraw, Mayra Alvarado.

The Phoenix Sister Cities Hermosillo Committee oversees an energetic and diverse array of activities and exchanges between the two cities. They include a variety of student exchanges and visits, business and trade relationships, as well as extensive municipal cooperation, including police and fire. The committee has worked closely on issues of burn treatment and prevention and disabilities awareness projects. It has also focused on baseball, basketball and other sports. The Hermosillo Committee meets monthly and welcomes new members.

The committee meets every second Tuesday of the month, except July.

Museum of Popular and Indigenous Cultures of SonoraAdmire the beautiful façade of the Porfirian mansion, the former residence of the opulent Dr. Hoeffer. Attend one of the exhibitions and explore the history of the communities that still preserve the memories and traditions of the lands
El Marcos Hermosillo RestaurantWhen you want to celebrate anything, Marcos is suitable for lunch, dinner. and to have a drink. Small, accessible, and adequate prices.
Cerro de la CampanaA rocky landform and a symbol of the city of Hermosillo. This place is an excellent viewpoint for tourists, because from the rocky hilltop you can see an almost complete panoramic view of the City of the Sun.
Bermejo RestaurantA steakhouse with decent vegetarian options, and a great place for lunch if you’re waiting for an afternoon flight.
Girasole RistoranteIf you are looking for Italian food, this is it. Delicious Food. Relaxing atmosphere. Great service. Live music.
Ecological Center of SonoraThe center located in the natural habitat of the Sonoran Desert will allow you to discover the animals, flora, and fauna of the zoo and observatory.
Hermosillo CathedralIt stands 30 meters tall as the principal church of the Roman Catholic Archdiocese of Hermosillo and one of the most emblematic buildings of Hermosillo.
Sonora Museum of ArtExhibitions of graphic art, interesting rooms with sculptures, paintings, photographs and temporary exhibitions exist at this museum in an effort to promote art in the region.
MADERO ParkA large, grassy park with a fountain, multiple sports facilities and shaded areas for picnics.