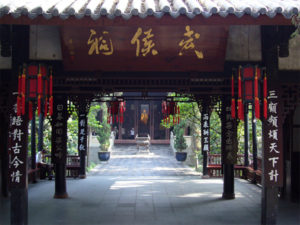 Chengdu is the capital of China’s Sichuan Province and is one of the three most-populous cities in the Western area of the country. Located in central Sichuan, Chengdu has an urban population of more than 16 million and is a hub for railways and telecommunications for southwestern China. Chengdu and Phoenix established a sister city relationship in 1987.

Chengdu is among the oldest cities in the world. Archeological evidence indicates Chengdu was inhabited more than four thousand years ago, in the 10th century BC. During this time period, the town was home to an ancient bronze-wielding culture, which later become known as the Shu. Now, Chengdu is known as the Panda Capital. It home to the Chengdu Research Base of Giant Panda Breeding, a non-profit and world-renowned panda breeding center with more than 100 pandas.

A Brief Introduction to Chengdu

Celebrate Lunar New Year 4719, the year of the Ox from the comfort and safety of your home. Enjoy our online showcase of cultural, educational, and fun activities for the entire family. 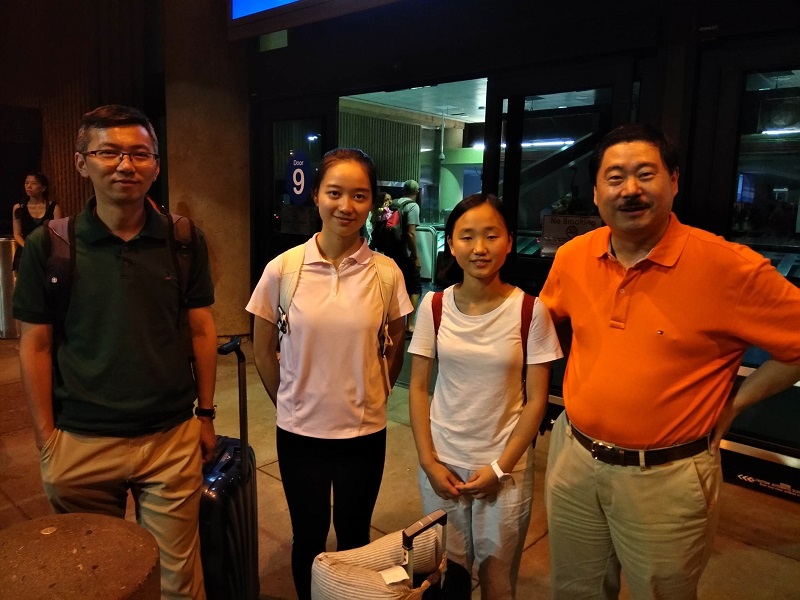 On Tuesday, Maggie and Melody joined Chris Jordan at Phoenix City Hall for a workshop on speech and debate. Throughout the morning, the students learned the basics of persuasive delivery and argumentation, followed by some lively practice debates on topics that ranged from the benefits of electronic books to the morals of banning smoking. Having competed in debate at home in the past, both Maggie and Melody built on their strong speaking skills and had a lot of fun.
On Wednesday, the students had a wonderful time shadowing for an entire day at Brophy College Prep. Nico Pacioni and Jack Fyan, two Brophy students and debaters played host to Maggie and Melody for their “typical day” at Brophy.  Jack and Nico were thrilled to be reunited with Melody and Maggie; they met at the Chengdu Debate Challenge in June.  Maggie and Melody also graciously met with the Brophy and Xavier speech and debate students and explained everything about debate and schooling in China.

The Phoenix Sister Cities Chengdu Committee fosters and encourages mutual understanding, friendship and a higher quality of life for the people of Phoenix and Chengdu. The committee is bound by a commitment to creating partnerships, conduct exchanges and share expertise that translates into mutually beneficial relationships with citizens, organizations, businesses, and schools in the both communities served. Volunteer members work to promote signature activities, such as Chinese Week and promote collaboration in the areas of trade and tourism, youth and education, arts and culture, and municipal training. The Chengdu Committee meets monthly and welcomes new members.

The committee meets every second Wednesday of the month, except July, August, and December. 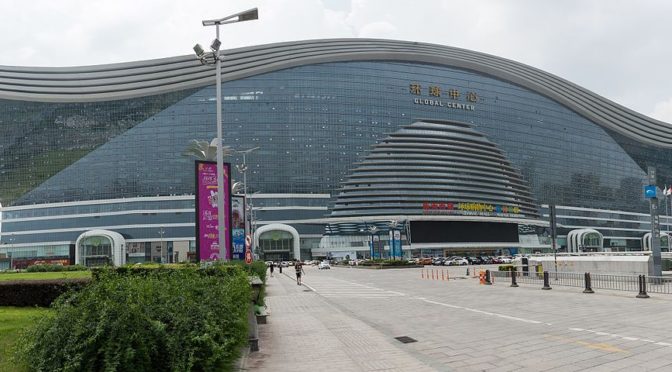 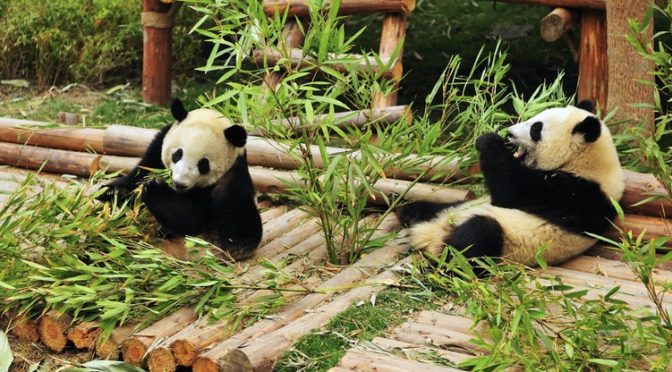 Chóngqìng Yúanlǎosì Old HotpotThough it may seem like sacrilege to eat Chóngqìng-style hotpot in rival Chéngdū, this place is cleaner than most and the flavour and ingredient quality speak for themselves.

Wénshū TempleThis Tang dynasty monastery is dedicated to Wénshū (Manjushri), the Bodhisattva of Wisdom, and is Chéngdū’s largest and best-preserved Buddhist temple. The air is heavy with incense and the low murmur of chanting; despite frequent crowds of worshippers, there’s still a sense of serenity and solitude. 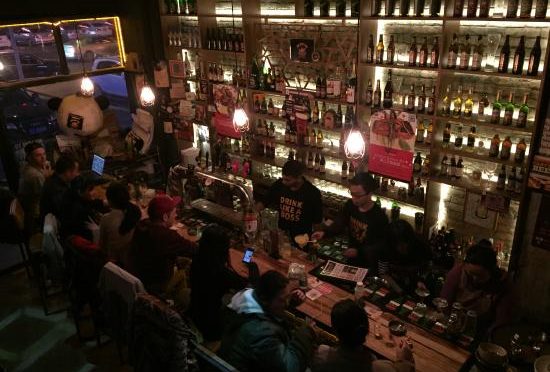 Beer Nest Bar & KitchenOwned by a real-life Belgian brewing his own beer, this place is an instant favourite. There's a daily 'Buy-2-Get-1' Happy Hour and specials every day of the week.

People’s ParkOn weekends, locals fill this park with dancing, song and taichi. There’s a small, willow-tree-lined boating lake and a number of teahouses.

Qīngyáng TempleChéngdū’s oldest and most extensive Taoist temple. Qīngyáng (or Green Ram) Temple dates from the Zhou dynasty, although most of what you see is Qing. A highlight is the unusually squat, eight-sided pagoda, built without bolts or pegs.

Jīnshā Site MuseumIn 2001 archaeologists made a historic discovery in Chéngdū’s western suburbs: they unearthed a major site containing ruins of the 3000-year-old Shu kingdom. This excellent, expansive museum includes the excavation site and beautiful displays of many of the uncovered objects, which were created between 1200 and 600 BC.

Chén Mápó DòufuThe plush flagship of this famous chain is a great place to experience mápó dòufu – soft, house bean curd with a fiery sauce of garlic, minced beef, fermented soybean, chilli oil and Sìchuān pepper. It’s one of Sìchuān’s most famous dishes and is this restaurant’s specialty. Non-spicy choices, too. 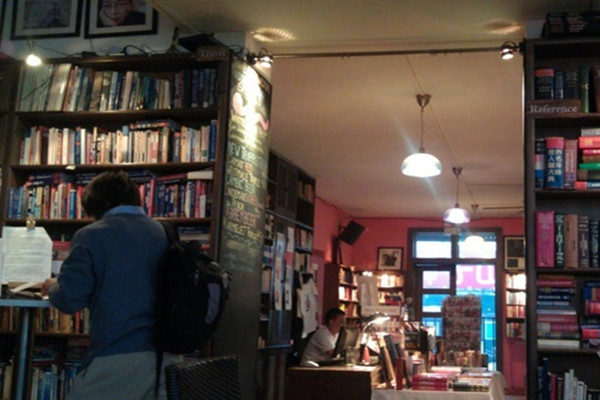 The Bookworm CafeThis hopping bookstore-cafe, is a gathering place for expats and a pleasant spot for a beer or coffee. It also serves decent Western food. You can buy or borrow from the English-language section, or stop by for author talks, live music and other events.

Chéngdū Museum of Contemporary ArtThis privately funded museum aims to create a space for the development and exhibition of contemporary and abstract art in Chinese society. Works on display range from thought-provoking critiques of the country's history to examinations of the interplay between nature and society, and make a visit well worth the trip out from central Chéngdū.

Táng Sòng Food StreetThis reconstructed ancient alleyway is jam-packed with tourists and Chéngdū favourites like chāoshǒu (wontons) and chuànchuàn xiāng (the skewer version of the Chóngqìng hotpot). Musical performances reverberate in the indoor space in the evening.

Tomb of Wáng JiànBuilt for Wang Jian (847–918), a general who rose to power following the collapse of the Tang dynasty to rule as emperor of the Shu kingdom, this above-ground tomb, the only one excavated in China so far, was pillaged just once sometime after the fall of the Shu following his death.

Sìchuān Art MuseumSituated in the heart of the city, this four storey art space is free to enter (but you will need to show your passport). Well lit, spacey galleries show of some of China's brightest artists. A great place to wander on a wet day. 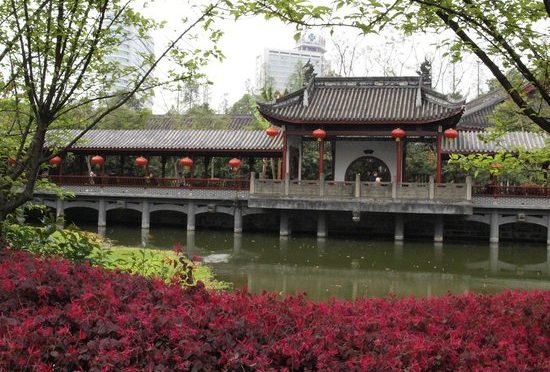